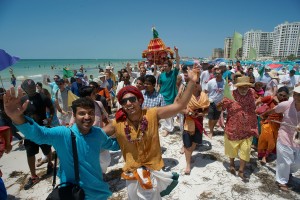 Dandavats! All glories to Srila Prabhupada!

On a beautiful and sunny Mother’s Day, Sunday May 10th, 2015 at Clearwater Beach, we started the Festival of Chariots at around one in the afternoon. We were joined by Mayor Cretekos and Mr. Eric Lynn, who is running for congress in the upcoming election. Bhadra Prabhu invited Mayor Cretekos to share some words of inspiration to inaugurate the festival. The Mayor said that whether or not one is a devotee of Krsna or a devout Christian like him, this Rathayatra is a valuable opportunity for us to cleanse the dust away from our hearts. Bhadra Prabhu gave gifts to both the Mayor and Mr. Lynn, offering his prayers for Mr. Lynn to be successful in his run for office and giving him the Bhagavad-Gita As It Is to guide him through all of the stressful times that were sure to come as he worked in the government.

We then pulled Their Lorships Jagannath, Baladeva, Subhadra, and Sudarsana up and down the beach with Bhadra Prabhu, Visvambhara Prabhu, Krishna Kishor Prabhu, and other devotees leading the kirtan. The beach-goers were thrilled to see Lord Jagannath’s procession with countless devotees joyfully dancing to the rhythm of 5 mrdangas and the ecstatic chanting of Krsna’s names. Visvambhara Prabhu and others pulled people in between the ropes and got them to join us in dancing for Lord Jagannatha. 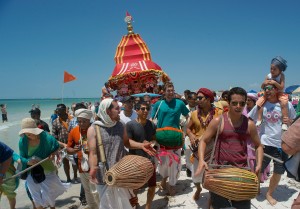 The procession was followed by a prasadam feast and many wonderful dance performances by Mother Anapayini and her Bhakti Kalalayam dance academy. Mother Anapayini performed a dance to the song “Jaya jaya jagannatha sacira nandana” about how Lord Jagannatha, Sri Krsna, and Sri Caitanya Mahaprabhu are one and the same person. Her dancing troupes performed many dances for the pleasure of Lord Jagannatha.

The festival ended with a play about how our materialistic way of life is damaging Mother Earth, and how Lord Caitanya has come to cure our disease of materialism by the medicine of the congregational chanting of Krsna’s names.

I was deeply moved by this whole experience and I appreciate all of the devotees who put this festival together. 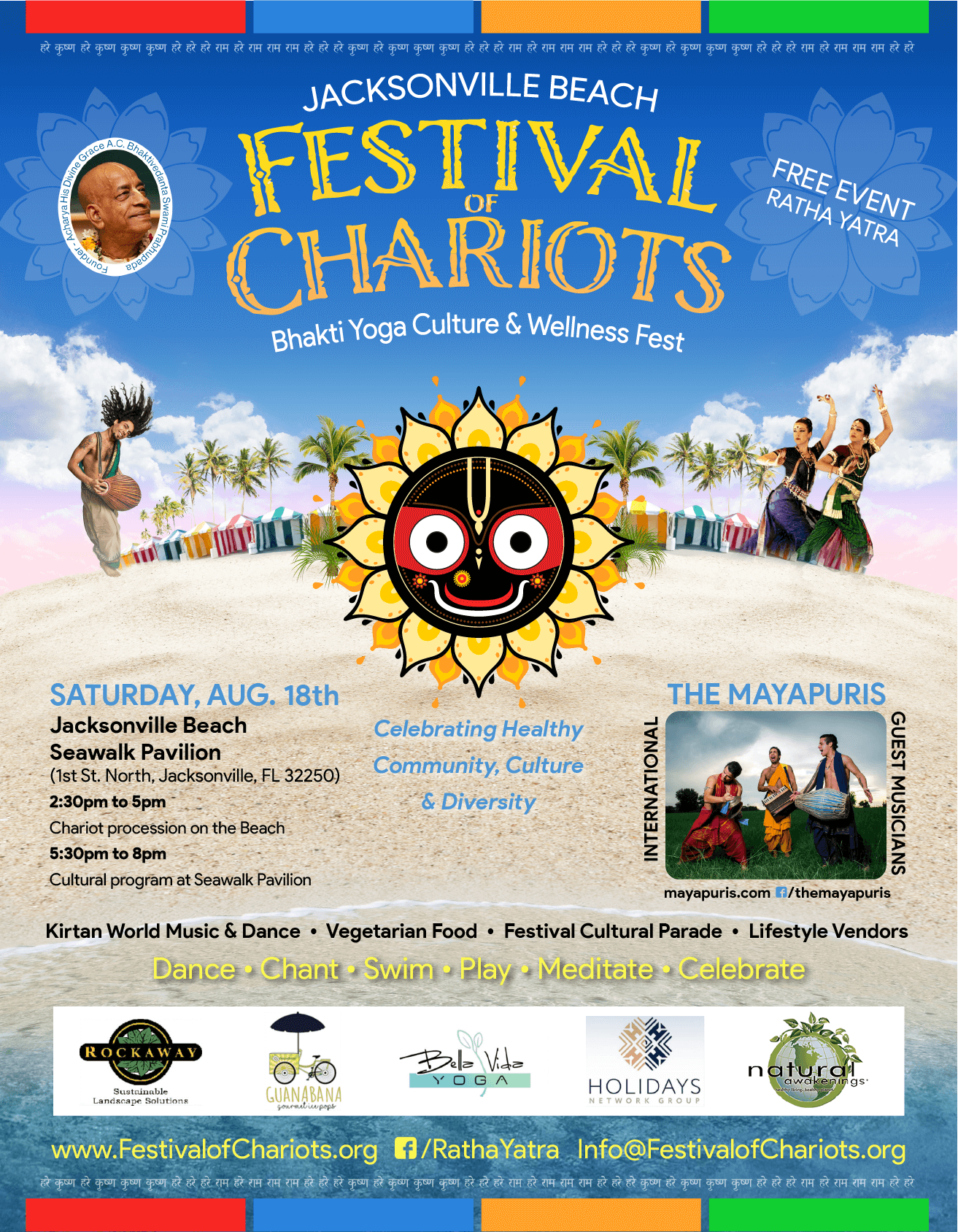